“This article is a guest post from Scott Shpak of MIDI Lifestyle.” 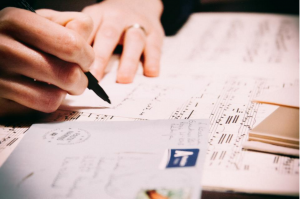 Finally, the work for the week is done, you’ve got time of your own, favorite beverage at hand and you’re in the mood to create something new. Except… you’ve got nothing. No thoughts, no original idea, no cute chord change to build around, no nifty phrase, and no happening beat.

Call it songwriter’s block, call it hitting the wall, it doesn’t matter. Since the alternative may mean crawling into a black hole of binge watching old TV shows, you want a workaround for this inspirational dead end.

Songwriting can be a particularly personal venture. No single solution will drag every writer out of the doldrums. You can shake up the status quo, however. Many of the tricks that work for writers of prose may tickle your creative urges. Think about crossing the borders between your writing and theirs for new ideas.

From one songwriter to another, though, here are some tricks that work for me. When the original ideas dry up, I frequently turn to these tactics to build an oasis in the middle of a thought desert. Give them a try and see if you can find the hidden gems hiding within yourself.

When you have an idea of where you want to go with a style, look at the best songs, the top hits, in that genre. Focus on one tune that grabs you, and then start to tear it apart and determine what parts of it resonate with you.

Does it have greatly written lyrics? Use those lyrics as inspiration and come up with a new musical framework for them — melody, chords, beat, tempo. Once you have a new song around those words, simply change the words. Okay, it may not be that simple, particularly if you fit the words and music together well. However, you’ll have a tune. What you make of it is up to you.

The same idea works with music too. If there’s a chord progression you like, keep it, but change everything else. Put a different melody and your own lyrics on top. Change the rhythm or the tempo. Cut the chord durations in half, double them or mix-and-match. Don’t worry about plagiarizing chords. Much of popular music shares only a handful of chord progressions. The only no-no is recycling melodies and lyrics. Inspiration need not be simply a concept. Take the nuts and bolts that are already out there and rearrange them in your own unique way.

You’ll definitely want to check out MusicSoftwareTraining’s article on how “stealing” can make you more creative for more ideas on this concept.

Describe a Story-That isn’t Yours

This tip follows a similar idea but expands your potential sources across a much wider scope. Every book, TV program or movie you’ve ever seen could be a potential new song idea. Here’s how I stumbled upon it:

During a live theater production of Shakespeare’s “Romeo and Juliet,” a play I’d read and seen numerous times, I was struck by the side story of Romeo and Rosaline. I’d been aware of it, of course. My high school English teacher likely flogged it into subconscious memory.

This time, however, it got me thinking. See, Romeo went to this gig to hit on Rosaline, but sees Juliet instead, and the main story begins. Though in Shakespeare’s play, it’s Rosaline who forsakes love in general and Romeo in particular, the scene gave me an idea for a song based on Romeo telling Rosaline, essentially, hey, it’s been a slice, but your cousin Juliet, she’s got my motor running, dig?

Now, this is a device I turn to frequently. It’s particularly effective if you’re already a songwriter working heavily in story songs. Put the plot of a book or movie into song form, or, as I did with “Sorry Rosaline,” highlight a secondary plot. The possibilities are endless, and it’s much less complicated than dumping a significant other to develop suitable songwriting drama.

The Gateway of Metaphor

Effective music often evokes moods or images on its own, instrumentally or in combination with lyrics and how they’re sung. The music isn’t the mood, it’s an analogy for it.

When it comes to lyrics, the analogy process often comes through simile and metaphor, two types of comparison. Simile is, of course, more literal, using the words “like” or “as” to create the comparison. “The red ball is like the sun,” for example.

Metaphor is naturally more poetic, since it does away with comparison words and implies the connection. “The red ball is the sun,” or “the red ball of the sun,” for example.

Exercising your metaphor muscle leads to new ways of describing relatable things. Since a savvy songwriter always attempts to avoid cliche, engaging new metaphors is a great way to stir up a lyric and replace tired phrases used as placeholders.

Also, try dropping other words. Songs aren’t prose or dialog, and the impressionistic feeling that comes from radically shortened sentences create intriguing analogies on their own.

A quick sweep of the studio revealed 16 stringed instruments, three keyboards, three MIDI controllers and that was without peeking into closets. “Why so many instruments?” goes the rhetorical question, which I ignore due its inherent negativity.

There are songs in each of those guitars. Whenever I’m hunting for a fresh idea, I’ll switch guitars if nothing jumps forth. Another guitar — or ukulele or mandolin — changes my approach. Sometimes songs simply “pop out” when I pick up another instrument.

The same holds true with keyboards. Even if you’re not native to an instrument, plucking out what you can often generates new ideas. Nowadays, when loops, samples and beats can be as close as an online purchase, there’s no end to the way you can shake up your songwriting source material.

And always remember the internet is a wonderful thing. You can learn to play guitar, piano, accordion, or any instrument you can possibly think of through YouTube videos and resources. Just knowing the basics of an instrument can help you generate new musical ideas.

There’s probably a load of material already on your hard drive, courtesy of the latest hardware or software purchase and its added value pack. Dive into the virtual synth you’ve never tried. If you’ve never worked with loops, try working with loops. New to tapping out beats? Give that a go.

There’s no single way to write songs, and that’s one of the beautiful things about it. Music comes from everywhere. Stories, sounds, phrases and rhythms. These are all there for you to find inspiration within.

There may not be anything that’s truly writer’s block. There may only be a writer not looking hard enough.