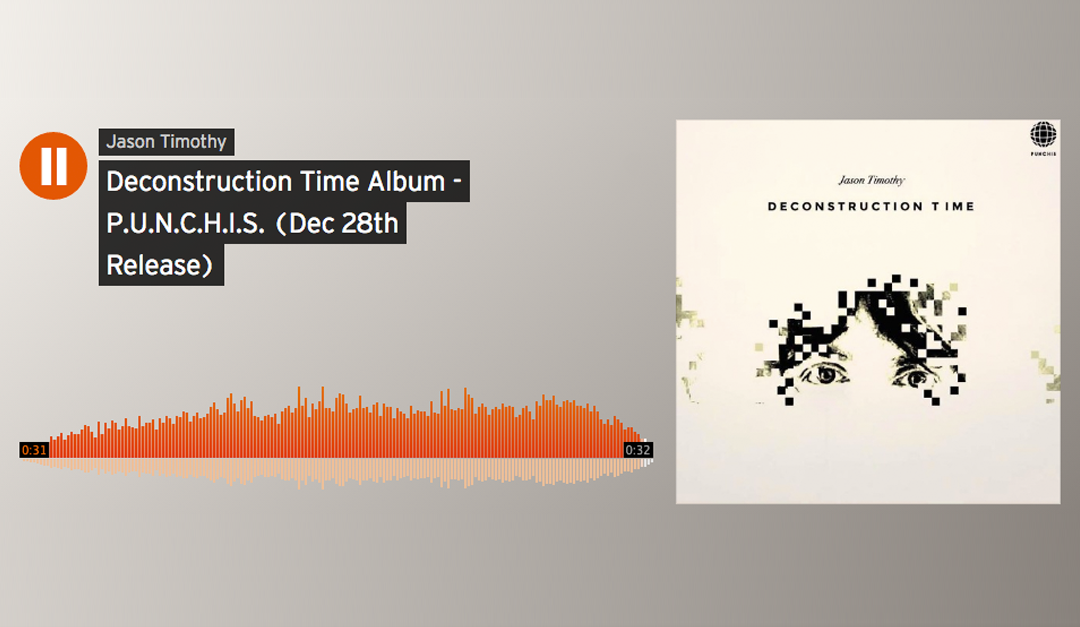 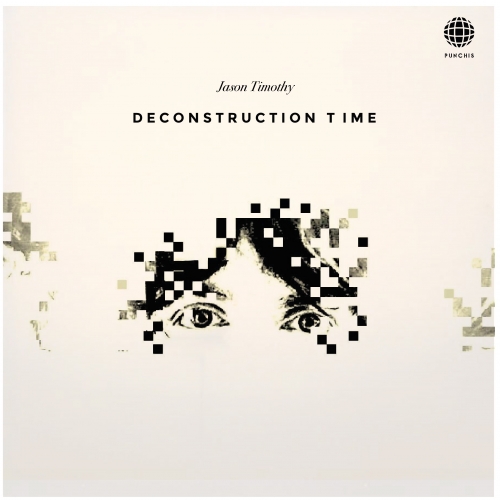 Deconstruction Time – track by track
I’m going to do my best to give you a bit of background on each of the songs. Most of these were written between 2014-2015 while others were unfinished ideas that I recovered & completed. I was doing great making plenty of EP releases on a number of labels, but I wanted to put something out that would give me an opportunity to show a different side to my musical personality & share some music that wasn’t strictly for the dancefloor. Hopefully you enjoy this as a full album as well as the separate songs it’s made from.

I haven’t had the time to figure out what this piece of work is trying to say as a whole, and I wouldn’t tell you if I knew. I’d prefer it to speak to each person in it’s own way.

Feel free to follow along with this Soundcloud Playlist

Space Communication
This track was just an experimentation with sound that I had no goal of making into a song. It was so simple & childlike in approach. It starts off with a static kind of sound, almost as if it was a mistake. The fact that this sounded the way it did is completely accidental. I liked the freedom it gave me to say “yes, this can be a song too” without apology. I personally like the way is seems to evolve into something out of nothing, much like the way ideas form.

Born
I can not take credit for this song. Before this collaboration, it was conceived on one of my favorite EP’s of the last several years. Lucky for me, we are also good friends and he allowed me to essentially remix this song. I think it fit perfectly on this album just as his original fits perfectly on his own EP. Transmutation by Parauguria (aka Christopher Auck) Listen & buy it!

Filling the Empty Space
It’s hard for me to say exactly what makes this song work, but it seems to be a track that leaves a big impression on the first listen through the album. This is me exploring Deep Tech in my own way. Like many of my songs, it started while a solid bassline & everything was built around that. As opposed to stabs accentuating the darker side of a song, the stabs in this song give the song a little lift before dropping in back into darkness. I also found how useful “dirt” can be in composition.

Impact
I don’t recall exactly what inspired this song. It almost definitely started as me stealing from myself & taking it in a new direction. I have a love hate relationship with drones in my work. I love them, but they don’t always love me. Whether they work in a track of mine is really hit & miss. The song also has a bit more of a melodic element to it, without really trying. I think I got lucky with this one. One can’t always take credit for their own work, sometimes your job is to sit down and become a vessel for creative things to happen.

Unlodged
I recall this being an early attempt at Techno but ending up Deep. This was me experimenting with a new bass technique. It’s actually 2 basses. One kind of doing the octave thing to create some tension & then sinking into a deeper groove. The other I wanted to sound a bit like it was ripping through the speakers. I tend to like that sound. Reminds me of U2’s opening of Zoo Station, which sounds like your hi fi speakers are failing on you. I also added a sample from my iphone of my girlfriends niece  laughing. I love the artifacts that come with lo-fi recordings. I didn’t try to clean it up, but rather worked with it.

Tricolor
Tricolor was originally an abandoned collaboration between myself & Sergei Loginov, my Punchis Records partner in crime. He wasn’t really feeling where it was going, so I asked if I could deconstruct it and make it my own. Deconstruction was a big part of this album’s process. I can tell from our many collaborations, that his influence definitely remains in this track.

No Step (My Body, Your Love)
This was another experiment that wasn’t really meant to turn into a song, but that’s how a lot of my ideas get started. It keeps a sense of playfulness in the process when you aren’t feeling pressured to deliver some masterpiece. In this case, someone (wish I could recall, but can’t) had given away a collection of dubstep samples. I wanted to see if I could make a completely different style with samples that were not intended for it. Thus the name. I’m not sure where the voice part came from off the top of my head.

Between the Shadow & the Soul
This was a wonderful random accident. I was listening to something on soundcloud & after it completed it started playing a song I hadn’t heard from another artist. Her name is Natalie Alva & I thought what I heard was brilliant. I asked (more like begged) her to let me remix her track and she was very open to the idea. This is more or less her song, which was more ambient sounding, which I added drums & a groove to. I’m very happy & honored to have this on the album. We intend to collaborate again soon.

Hallucienda
What I mostly recall about this song is that the voice is me just making a nonsense sound. It was what came to my head, so I just added it without question. Sometimes you just have to obey what comes to you & that is what I did here. I’m happy with the result.

OBX
This is one of the few songs of mine revolved around a riff & with a long bass part. It reminds me of some of Silicone Soul‘s music. If you aren’t familiar, look them up. Great stuff from the old school. I created more of an evolving riff but layering it 3 or 4 times, each with variances in effects, pitch or placement. Then it was a matter of volume automation to get the final result.

Sentient
This track is all inspired by a sample from an Alfred Hitchcock movie that peaked my interest. I liked the reverb & tone of it. I think it was a paperboy in a train station. I suppose you could hunt it down if you like. This track took many renditions, twists & turns until I was happy with it. I have definitely used it to great effect in my own dj sets. It’s all about placement, right?

Ambienesthesia
I remember this track quite well. I was sick in bed watching music documentaries on the record label Creation & also a documentary on one of my favorite genres of music, shoegaze. I’ve always loved that wall of sound created by guitars from bands like My Bloody Valentine, Slowdive, Ride & Cocteau Twins. This was me creating a similar wall of sound with synths. Since I was sick, my brain was not taking it’s normal creative path. Once again, I like being able to take a song without any real structure and declare that “yes, this can be a song too”.

500 Fingers
This song uses only samples from the movie “The 5000 fingers of Dr. T“. Which is a great surreal movie by Dr. Suess. One of his few non-animated pieces of work. I was really inspired by an artist called Pogo, who makes amazing songs out of movies. I wanted to see if I could deconstruct how he did what he did. Sometimes it’s simply that question of “how was that done?” that can lead you down some very creative paths.

Free Like a Rocket
This is a collaboration with one of the most talented electronic musicians I know. He is best known for his amazing Advanced Synthesizer Instrumentals discography that spans 20 years. In my opinion, he is up there with the greats like Jean Michel Jarre. His work is absolute genius. Anyway, this song was originally a remix, but I took it in a different direction by adding my vocoded voice to the remix. He graciously allowed my to use this one my album & he didn’t even want credit. He just said “You made this yours, take it”, but all credit must go to the great Dennis Alvarez.

Perfect
This track came about from another experiment where I forced myself to make a collection of songs giving myself only 24 hours to finish each one. This leaves them sounding beautifully incomplete & forces you to find creative shortcuts that might be outside of your comfort zone. I learned a lot from this experiment & pulled this track from that period of creating.

I hope you enjoyed taking this journey with me. I really have nothing to teach in this post except to always be asking creative questions & allow yourself to be shamelessly inspired by the work of others. Nothing truly comes from nowhere. We simply filter ideas through our own unique process to hopefully creates something that will inspire another’s work.

If you would like to own this album, you can pick it up here. If you screenshot your purchase & send it to me through a Facebook message, I’ll send you 1 of my other popular EP’s as a bonus (they are good, I promise!).

I look forward to reading your album, even if, like me, you reviewed it yourself. 🙂